Detour is a San Francisco-based startup that makes high quality, in-depth GPS-guided audio tours. Their team partners with producers all over the world to create tours, called “detours”, that let anyone explore a new place with a local guide streaming through their earbuds (or AirPods). We spoke with Matt Hettich, who leads technical support for platform partners and tour producers at Detour. He’s in charge of helping Detour spread to new places. Matt talked with us about how their docs help them do this.

Detour currently has two documentation hubs on ReadMe. The first has guidelines for how to produce a detour, and the second describes Descript, the software they’ve developed to record great tours.

Producing a Detour means you need to understand the software, so almost all of their partners use both sets of docs. Since the software is unique to voice driven audio, it’s useful for people creating other types of audio, like podcasts, as well.

"From Korea to Boston"

Detour hires producers in cities all over the world to create an experience that highlights the most important parts of each city’s heritage. This means that, as they grow, they’re regularly hiring new people. Each newcomer needs to get started quickly and stay up to to date with changes.

Detour recently launched a lot more content, expanding their network of tours to 17 cities in 3 continents. Having well-organized, easily accessible docs helped them make sure every tour is high quality, regardless of how far it was made from their SF headquarters.

A work in progress

Originally, Detour used Google Sites to host their documentation, but found it wasn’t flexible enough. Their core team is small, and their work is constantly evolving.

After growing increasingly frustrated with having to spend huge chunks of time to keep their documentation current, they tried out ReadMe and were impressed with how easy it was to get started. They customized it to their design and started with an outline of what they wanted to document. Now they go back and fill things out as needed. Because the docs are constantly in flux they’ve found suggested edits, embedding, and callouts particularly helpful.

Matt’s favorite feature is suggested edits. All of their new docs are coordinated with Detour’s Head of Content and Executive Producers. Previously, Matt had to send all of the changes as a document over email, then wait for another email with a list of changes. Now, everyone can just add updates as they think of them—no back and forth, no labor-intensive update process.

When the Detour team decided to add augmented reality to the app, they knew it would add another layer of technical complexity that some people might struggle to understand. This meant it was even more crucial that their docs be clear, thorough, and easy to use. Using ReadMe, they were able to do this, and the augmented reality section of their docs is the most frequently referenced on Detour’s hub.

We here at ReadMe love using Detours to get out and explore our own backyard, learning fascinating things about San Francisco’s neighborhoods that we never would have known otherwise. Detour is making great tours available to everyone, using ReadMe to host their docs is helping to spread their worldwide tour takeover.

One big thing docs have helped with is adding augmented reality to the app. Detour sits at the junction of two fairly distinct industries, and they need to make sure everything is communicated in ways that both sides can understand. 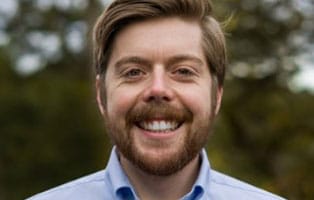